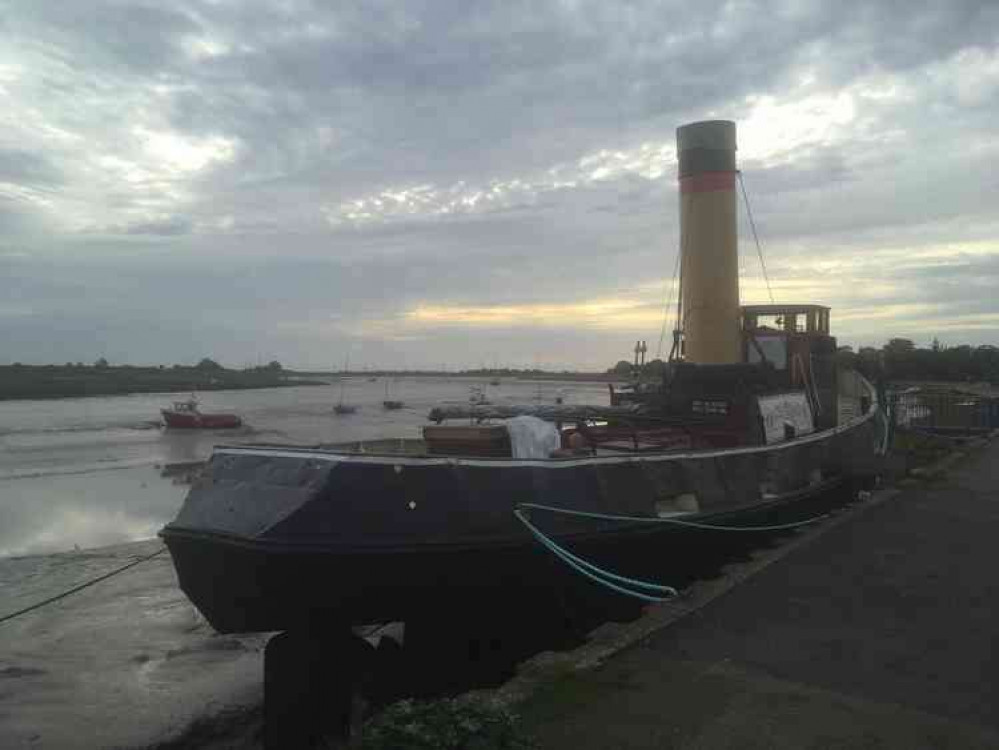 The Steam Tug Brent at Hythe Quay in Maldon

The Steam Tug Brent is at risk of losing its mooring in Maldon's tourist hotspot as it does not have security of tenure, it has been revealed.

The details emerged in a meeting of the town council's finance and general purposes committee last night (Monday, 11 October), in which members delayed their decision on a grant application from the Steam Tug Brent Trust.

The trust is asking the council for £500 in order to complete a bathymetric survey of the Blackwater Estuary in Promenade Park as part of its planning application for a jetty close to the Brent's current location - at Hythe Quay in Maldon.

It is estimated that the Brent project will cost upwards of £1,000,000 to complete, which has left the trust struggling to fund the remaining £500 required for the survey.

The same request was rejected by the town council in August, as members believed that the district council must already hold the information required.

But Janet Hall, chairperson of the trust, told the committee that the survey must be completed.

She said: "The Brent needs to have a new jetty.

"Where she is now, she needs a security of tenure - currently, she does not have a secure home.

"If the Brent is unable to find her new berth just further down from where she is now, she will be away from the tourist destination area which would be a bad thing for us."

The survey is required to provide the Brent with a secure, long-term mooring from which she can run trips in the future when she becomes a full working steam tug again.

Janet said: "The Brent project is very exciting - the new jetty will allow other heritage attractions to visit.

The total cost of the survey is £1,992, which comprises £732 for the hire of specialist equipment and £1,260 for a consultant's view of the survey results.

While the trust had been awarded the remaining £992 by the Locality Fund, Janet said that this had to be spent by April of this year.

She said: "We have to forgo that money because we weren't able to carry out the survey work due to Covid restrictions."

The trust has since agreed to contribute £492 to the survey costs, and is seeking the remaining £500 from elsewhere.

Councillor Andrew Lay, chairman of the finance committee, said: "This is small in comparison to what you've got ahead."

But Councillor Nunn cautioned that the town council may not be allowed to reconsider the application so soon after it was rejected.

The committee resolved to investigate the matter further and then either consider the application at its next meeting in November, or at the earliest meeting allowed by the standing orders.

Members also advised Janet to investigate other sources of funding in the meantime.