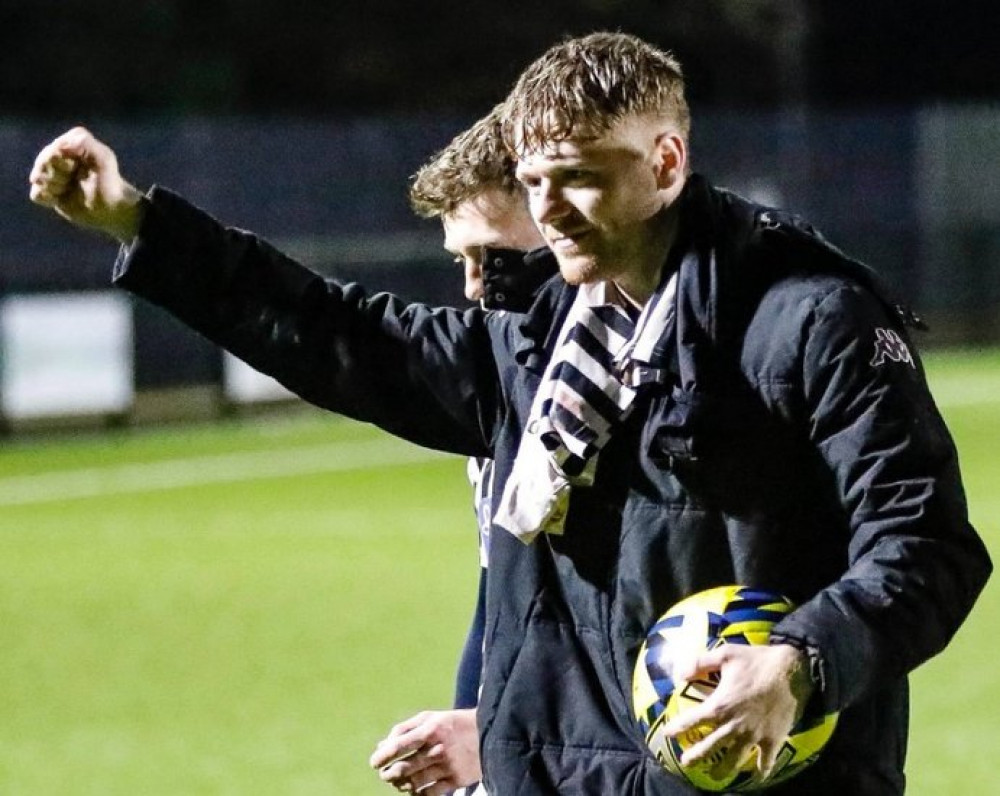 Swifts welcomed the Bees to The Aspen Waite Arena for the first home game of 2023. Returning to the starting line-up was Darren Phillips, and Callum Taylor moved into a midfield slot with Kieran Jones on the bench. New signing Freddie Price was on the bench as well. Lee Noble remained absent through injury.

Former Swift Michael Salako went close for Basildon in the first minute but Swifts quickly gained the initiative and went close after seven minutes when Rob Harvey shot narrowly wide. The opening goal came after 11 minutes and it was a "New-Year" gift from The Bees - a pass back to the keeper from the left hand corner evaded keeper Marsh and Rhys Henry just won the race to the loose ball to bundle the ball home with his 4th goal of the season. It "swiftly" became 2-0 after 14 minutes - Louie Arrowsmith got past the last defender and crossed the ball for Rob Harvey to flick the ball beyond Marsh to double the lead.

Basildon United pulled a goal back after 19 minutes - Callum Fitzer scuffed a shot but the ball fell to Bee's skipper Kye Jude and his shot went into the net despite a great effort from Callum Chafer. Swifts immediately broke down the other end and Ross Wall's effort at the far post went wide.

In the 34th minute keeper Marsh made an error of judgement in rushing out of his area but Rob Harvey managed to nick the ball past him before sending in a left foot shot from 25 yards to put us 3-1 ahead.

Swifts were now in complete control and were denied two further goals in quick succession - saves from Sam Carter & Rob Harvey both in the 44th minute.

The heavens opened during the half-time interval but Swifts went 4-1 ahead after just 3 minutes play in the second half - Rob Harvey running onto a pass and he lobbed Marsh for his hattrick - scoring his 7th goal of the season.

The wind-driven monsoon made conditions extremely difficult for both teams and hampered Swifts' efforts to add further goals to their tally!

Darren Phillips picked up a yellow card after 56 minutes and Swifts then made a trio of substitutions midway through the half. Andy Fennell replaced Rob Harvey (67m), with new signing Freddie Price coming on for his "debut" replacing Callum Taylor (68m). Jack Mochalski completed the changes replacing Sam Carter (71m).

Swifts continued to have the upper hand and ought to have increased their lead further - Ross Wall looking to score was thwarted by a great stop from keeper Marsh before a super cross from the left from debutant Price was met by Andy Fennell with a flying header which drew an exceptional save from Marsh.

With six minutes injury time added, Rhys Henry scored with virtually the last kick of the game - his shot slipping through the grasp of Marsh to make it 5-1. 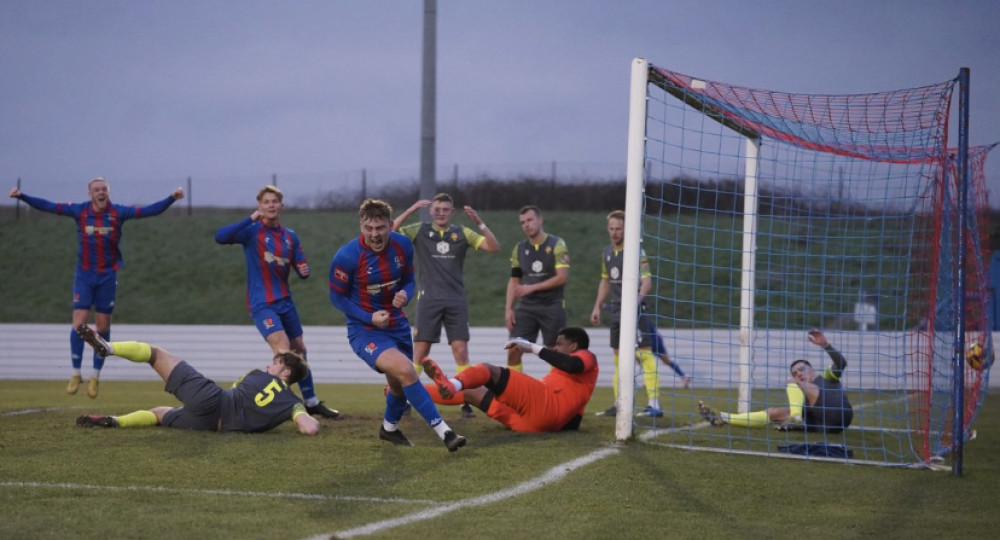 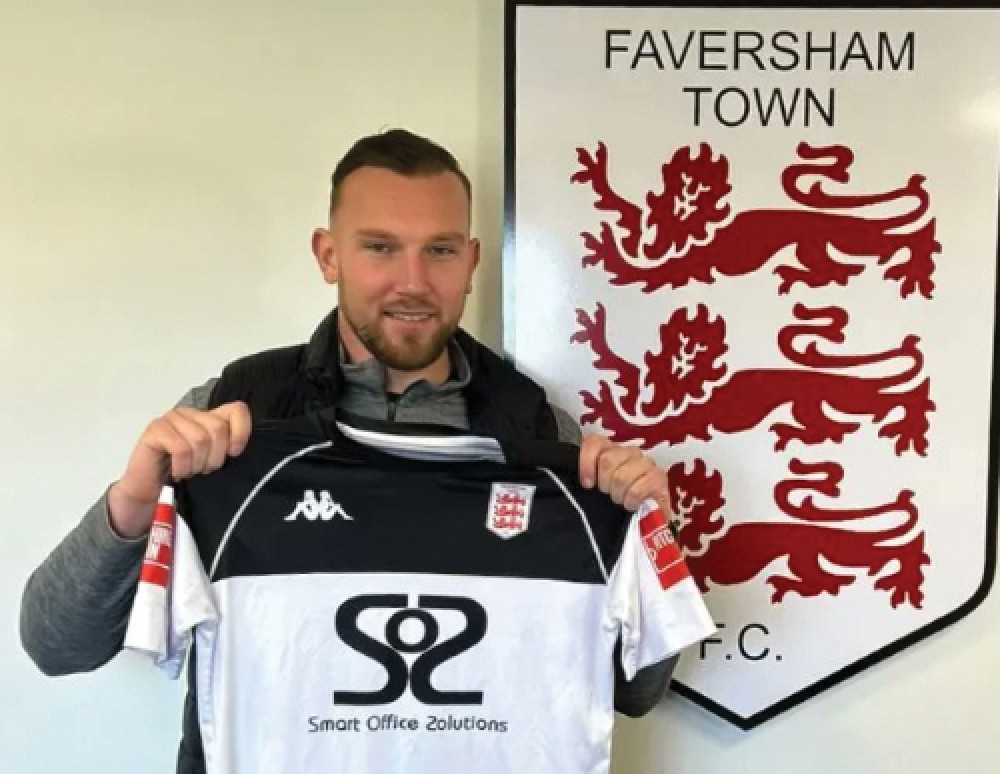